A new white light emitting diode (LED) has been developed by scientists in Turkey, which has a record 105 lumen / watt, according to the daily science website. With further development, the LED is more efficient than 200 lumens / watts, and it is expected to achieve more energy-efficient lighting in the home, office and other fields, researchers say.

The new LED is made with the combination of the marketed blue LED and the flexible lens. The flexible lens fills in the solution of nanoscale particles called quantum dots. The light emitted by blue LED makes the quantum dots green and red, which combines with blue light to produce high quality white light with accurate color temperature and optical properties. 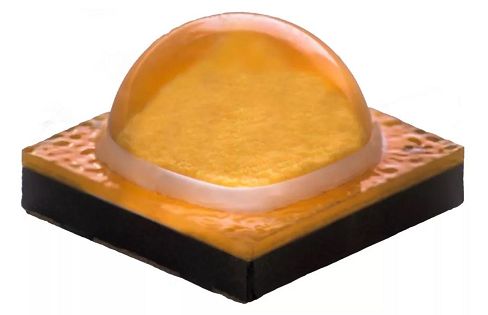 Huati Lighting said: the construction of smart city is not a single enterprise can be completed by fighting alone, need to work with partners to complement each other's strengths and build together. Therefore, the company has been committed to the construction of intelligent street lamp partnership ecosystem, with the vast number of partners, together to promote smart street lamps of the smart city new scene service.

Recently, OSRAM used an innovative lighting solution to redisplay an important cultural site in India。 The illumination concept it developed highlights the extraordinary architecture of Jaipur, the historical center, and revives its cultural monuments at night。

Jaipur (Jaipur) is the capital of Rajasthan. It is an ancient city in northern India with three million inhabitants. Founded in 1727, the city street is designed according to the chessboard square format. The tall, ancient pink buildings show the beauty of India's architectural art. It has the name of "India pink city".

About 6600 LED lamps, including linear light systems, such as Traxon Nano Linear Allegro, and floodlights used for flat lighting such as Traxon Washer Allegro, illuminate the city's castle and the surrounding roads, bringing fascinating charm to this historic city center.

Viswanathan Ashok, director of OSRAM Lighting Solutions India, said: "We made something that didn't exist before. The new lighting has made this old city center bathed in special splendor.

In the 5。7 kilometre City, there are 425 sites and 30 different types of lamps and lanterns, including 15 different beam angles and 8 different color temperatures, in order to display impressive outdoors in the ideal situation。 The new concept of lighting in Jaipur shows that it is possible to combine cultural and valuable heritage with the most advanced technology and integrate old and new lifestyles。